A packed schedule - but a very rewarding meeting. That seems to have been the verdict of GLCC members after the annual meeting in Barcelona.

Held at the 'Casa Bonay' hotel on the Gran Via de les Corts Catalanes in the Eixample district, the meeting ran from Thursday 5 to Saturday 7 September.

The meeting was called to order and delegates welcomed by the Coalition's chair, Dr Matthew Peters of the Lung Foundation Australia. 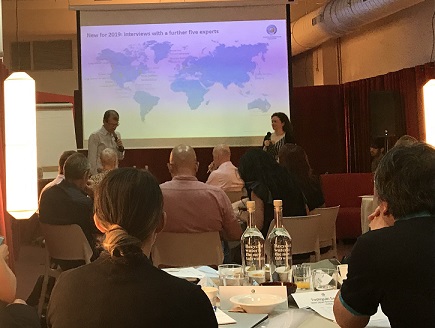 Dr Peters introduced and welcomed members, both old and new. Later, he and Sarah Winstone outlined new initiatives for 2019.

This meeting was the first to be attended by our latest member organisation, OnkoMajak, represented by Kateřina Filipová, who introduced herself and then described their work and aims. 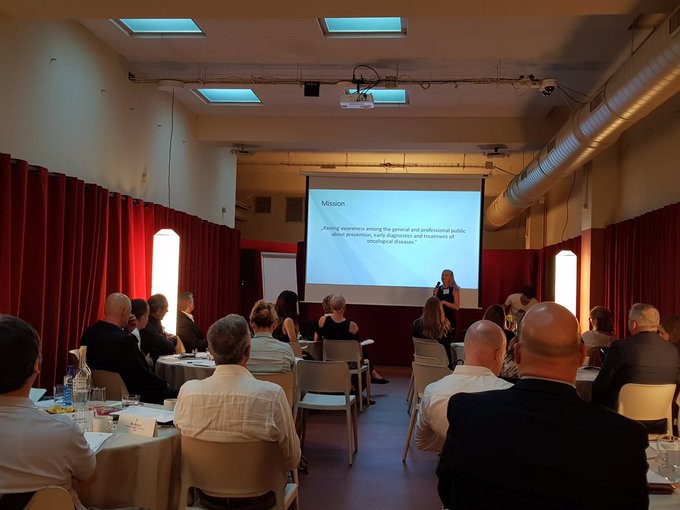 Kateřina Filipová of OnkoMajak presenting to the meeting

Dr Jesme Fox, Secretary of the GLCC, began by updating members on the work of the Secretariat, running through its purpose and achievements, major projects completed, and research commissioned, undertaken, and published. She shared details of how the GLCC is structured and financed, confirming that support from our sustaining partnerships enables our work to progress.

The Secretariat is held by Roy Castle Lung Cancer Foundation (RCLCF), one of the Coalition's three UK partners. Dr Fox is Medical Director of RCLCF. 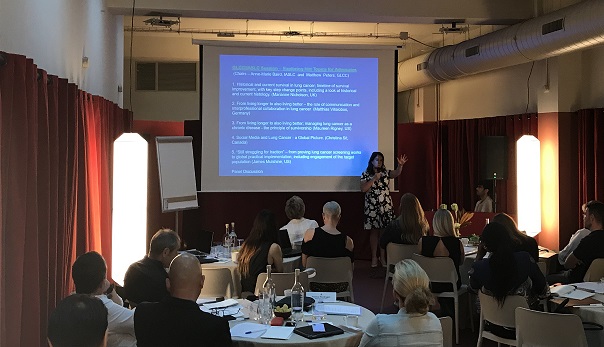 Jesme Fox describing to members the structure, constitution and objectives of the GLCC

Linda Dornan, also of RCLCF, whose many responsibilities within the Secretariat include booking venues, travel and the myriad other details crucial to making our meetings possible, outlined her role in creating and editing the annual Newsletter and running the various Journalists' Awards.

The activities of the past year were detailed, in which, once again, Special Recognition awards were made to individuals spreading awareness of lung cancer in ways outwith the conventional media channels.

Another member of the Secretariat team, Simon Malia (also RCLCF), updated on the communications work carried out on behalf of the Coalition throughout the past year, including the engagement performances of the GLCC website and its social media channels.

Next up was Maureen Rigney, of the Go2Foundation (USA), who introduced a new development for the GLCC meeting, which she named 'Resource Corner', and invited members to contribute news of items and services that can help improved the experiences of people living with lung cancer. 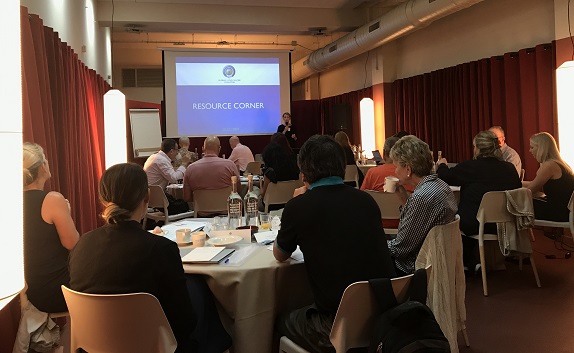 Maureen highlighted two resources she felt members would find interesting and useful: the first, an app called 'Untire', aimed at addressing a severe issue for many patients, Cancer-Related Fatigue (CRF). 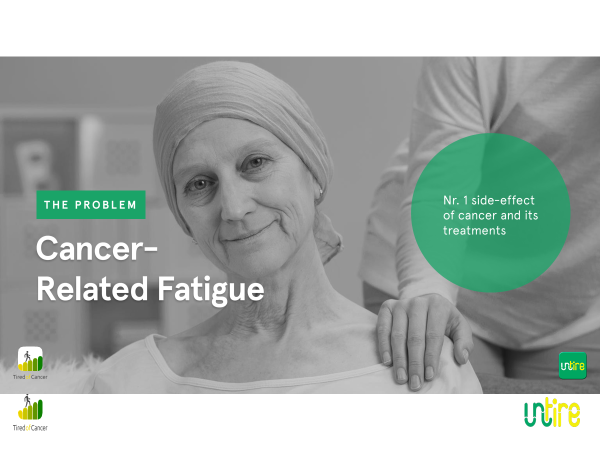 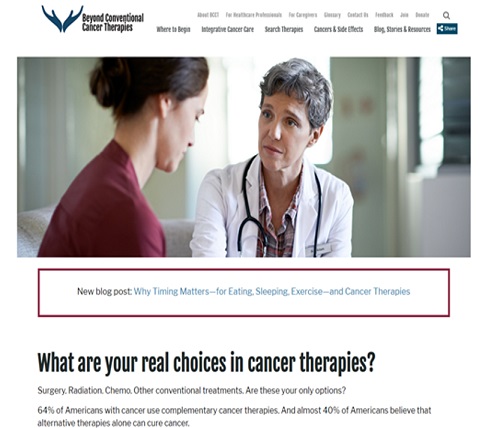 Members are invited to submit any similar resouces ideas they feel would benefit people living with lung cancer. 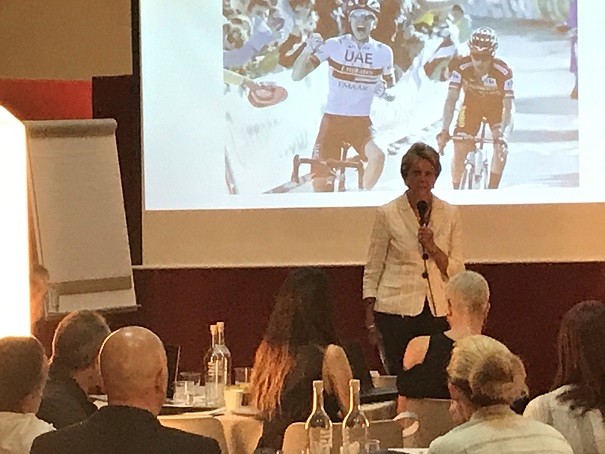 Carolyn 'Bo' Aldigé, President and Founder of the Prevent Cancer Foundation, outlined the Special Recognition Award made to Dr Dan Raz, Co-director of the Lung Cancer and Thoracic Oncology Program, assistant professor in the division of Thoracic Surgery, Department of Surgery, Dr Raz is also a Thoracic Surgeon at the City of Hope National Medical Center.

Sarah Winstone, of the Incisive Health Agency based in London, which provides invaluable expertise and support to the Coalition, outlined the latest advances in our ongoing project to provide a novel and flexible research tool - our eAtlas. 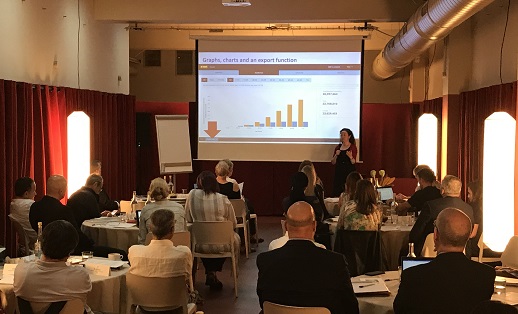 Sarah Winstone demonstrating the value of the refreshed eAtlas

The dataset for the eAtlas has been completely refreshed using material from multiple sources, including the latest Globocan data. This makes our eAtlas as up-to-date as any such resource could be - and, rightly, Sarah urged members to make use of it as frequently as possible.

Next, members heard a linked pair of presentations from Professor Richard Sullivan of the King's Fund and King's College London. 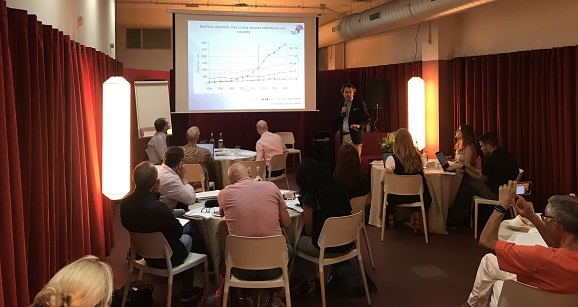 He has been engaged in extensive meta-level research - looking into who is doing significant properly- constituted scientific research into various aspects of lung cancer across the globe. His first report was published in 2016, and follow-up studies have since been compiled by Prof Sullivan and his team. These take into account the great changes that have followed on from the arrival of immunotherapies as treatments for lung cancer. The latest study is expected to be published later this year.

Jesme Fox and Maureen Rigney, both members of the Coalition's Steering Committee, then presented to members full details of our new role as a partner organisation within the 'Lung Ambition Alliance', the new initiative launched by Astra Zeneca, with the aim of improving outcomes and overall experiences for lung cancer patients worldwide. 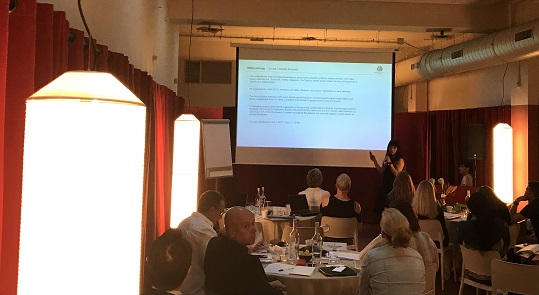 Then it was the turn of Christina Sit, of Lung Cancer Canada, to present to members an outline of the work carried out on a special research project into the role and value of social media in communicating about lung cancer - attempting to address questions such as 'who is saying what to whom, where, how and why?'

Building on the previous presentations, Maureen Rigney and Win Boerckel of CancerCare (USA), then led an education session, aimed to remind all members that patients and their psychological welfare should be at the very centre of all rounded programmes of lung cancer health care. 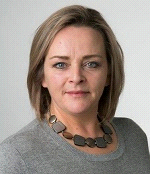 Vanessa Beattie of the National Lung Cancer Forum for Nurses (UK) outlined to the meeting the work of her organisation, which is celebrating its 20th anniversary.

The latest key project undertaken by the NLCFN is their involvement in the UK's National Optimal Lung Cancer Pathway – helping to define what role is played in this by nurses - in order to tighten up the allocation and use of treatment days, and maximise the impact of the lung cancer nurse specialist (CNS).

Other projects undertaken include working with a scientific group, developing two modules to access: biomarkers and immunotherapy. There is to be an event at the UK Parliament to showcase the role of the CNS in the UK. The nurse population is getting older and nurses who retire or leave the profession are not being replaced so there now exists a need to boost recruitment of nurses.

To round off the day's presentations, Samo Pitamic of Na Vdih (Inspire) in Slovenia, described the importance of sharing information clearly, accurately and swiftly. 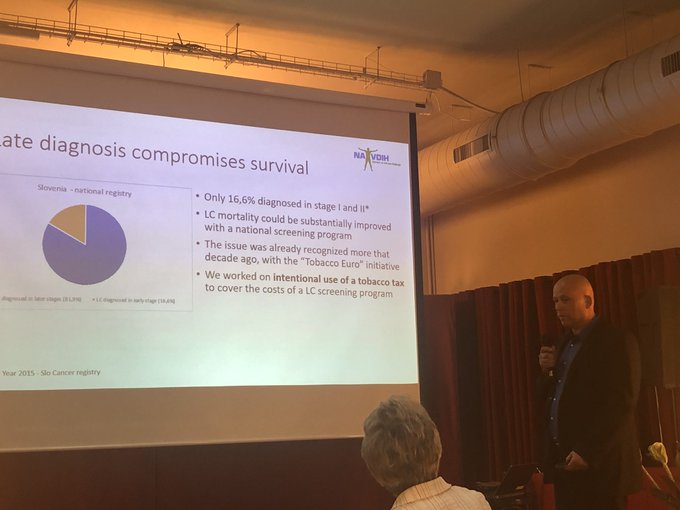 Overall, the take-away message from Day One was - 'listen to what the person with lung cancer is saying - and direct your actions accordingly'.

The formal business of the first day of the meeting then wound down and members adjourned for their networking dinner.

Days Two and Three of the meeting always revolve around our sustaining partners. We invite the organisations who support our work to share time with us - often to 'bounce around' ideas in a relatively informal but confidential manner. Members were once again able to hear fascinating updates on work being carried out in areas such as new treatment options and patient support. 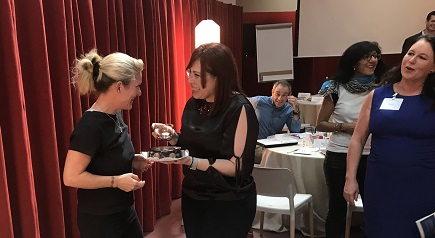 At the end of another intense but valuable meeting, members shared the moment when Merel Hennink, of Lungkankernederland, celebrated her birthday. Merel was diagnosed with a rare form of lung cancer in 2014 and continues to inspire all who meet her with her vibrant, thoughtful advocacy.

Members agreed to convene again for the 2020 meeting to be held in Singapore.