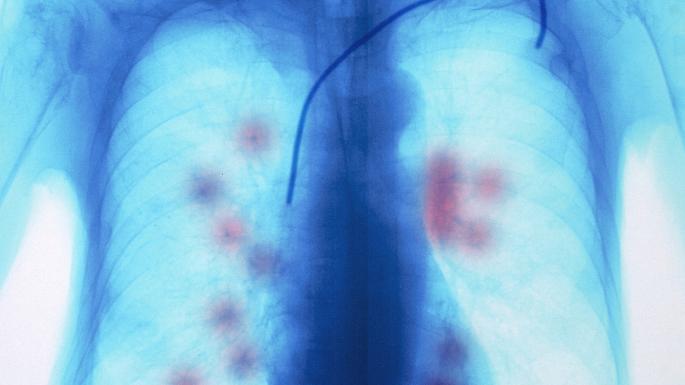 In the next two decades, the world could see a 60% increase in the number of cancer cases, according to a new report from the World Health Organization. In low- and middle-income countries, the increase could be as high as 81%.

One in six people die from cancer every year, and the burden of cancer is increasing, WHO said in its 2020 World Cancer Report published this month. Around 9.6 million people died from cancer in 2018, the most recent year for which data is available.

But the increase in deaths is greater in poorer countries.

One reason for the inequality is the difference in the proportion of people exposed to cancer risk factors, the report finds. For example, low-income countries tend to have higher rates of cancers related to infection, such cervical cancer from HPV, than high-income countries.

Also, smoking rates are decreasing in high-income countries such as the United States, but not in low-income countries, according to research from the International Agency for Research on Cancer. Lung cancer, which is linked to tobacco use, remains one of the leading causes of cancer deaths globally.

"As tobacco companies have seen fewer people in the US using tobacco, they have tried spreading use to ... under-developed countries," said Sally Cowal, senior vice president for global cancer control at the American Cancer Society and reviewer of the report.

Another reason might be differences in resources available, the report explains. For example, a larger proportion of the already limited health resources in poor countries are spent on conditions such as infectious disease instead of prevention, diagnosis and treatment of cancer.

Increases in testing and screening of cancer may also explain the increased rates in cancer diagnoses, but it's not likely to be a major driver, according to Dr. André Ilbawi, WHO headquarter technical officer in the management of noncommunicable diseases.

Regardless of income-level, early diagnosis is "the most effective public health measure in cancer," said the report.

"When cancer is diagnosed early, it can be treated more effectively with less toxicities and less demands on the system both in terms of research allocation and cost," said Ilbawi.

Cancer control can be cost-effective, he said.

"There is a perception that cancer is an expensive disease ... that does not need to be the case," he said during a press conference for the report.

The greatest need is for people who can deliver health services, such as physicians, in low-middle-income countries.

Other strategies offered by the report include the elimination of preventable causes of cancer globally.

"Cancer does not have to be a death sentence," said Ilbawi. "We believe a roadmap is there so that every government and cancer patient has the best possible care."