Research shows that protein Ambra1 can play a key role in lung cancer and that low levels of the protein increase the risk of disease.

A new study from the Danish Cancer Society will look at how the protein affects the development of lung cancer, and where to implement new treatments that prevent this type of cancer from developing. 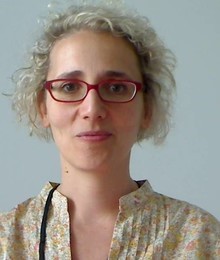 Cancer is not one but many different diseases. One thing has cancer diseases, however in common, namely that the diseased cells have one or more defects in their genes that makes them behave differently than normal cells.

There are thousands of different genetic defects that can lead to cancer, but one of those frequently seen with lung cancer, leads to imbalance in cell metabolism and autophagy. Autophagy is a process that helps the cells to break down waste products and worn out cell parts and functions as one of the body’s defenses against cancer.

The protein Ambra1 have a central role in the regulation of autophagy, and that is why the new research by the Cancer Society. Here researchers study how the lack of Ambra1 affects the development of lung cancer. It may be the first step towards new treatments, explains Dr. Daniela De Zio from the research group ‘Cell Stress and Survival’, which guides the new research:

– By following how cells develop, from the first, small changes to the real life-threatening lung cancer that requires treatment, we can learn about the many changes that occur in cancer cells without Ambra1. It can lead us on the trail of where to implement new treatments to slow down the process. And it can show whether you can use Ambra1 as a marker that can predict the development of lung cancer in patients who lack this particular protein – knowledge that can give a head start in reading, says Daniela De Zio.

From previous studies by Daniela De Zio and her colleagues that if cells lack Ambra1, it has a serious impact. First, it increases the risk that cells turn into cancer cells, and experiments with mice have shown that if Ambra1 not present, the tumors grow faster and larger. And patients who have lung cancer and lacking Ambra1 can thus risking to have poorer survival than cancer patients who have normal levels of Ambra first

The protein with many roles
Additionally player Ambra1 a role in controlling the processes that influence whether cells divide or not. And together it makes all Ambra1 a central role for cells that can develop into cancer cells, the protein missing.

– There is a need for new knowledge that can lead to new effective treatments for lung cancer. Our research group has been working with Ambra1 for several years, and we look forward to the new results on this important protein – knowledge that can hopefully form the foundation for new treatments that benefits patients, says Daniela De Zio.