Winners of the Lung Cancer Journalism Awards for 2012/13 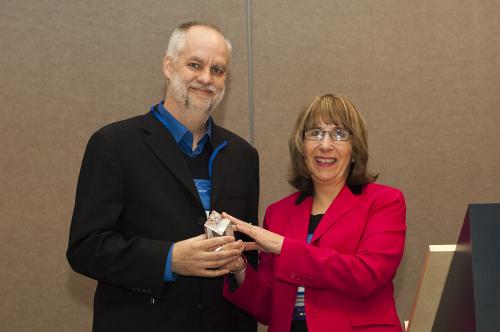 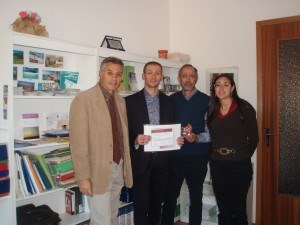 After the success of the first prize (won in November 2009 by Stefano Mensurati, journalist  and broadcasting director of RAI Radio1 ), the second prize (won in November 2010 by Matteo Mastromauro, journalist of TG5), and after a break of one year (for the proclamation of the international prize of the winners), we have replicated with the 3rd prize.

The third ALCASE – GLCC prize was won by Gianluca Gavatorta, former head of ALCASE communications, and was also a lifetime achievement award. The following was the motivation for making the award to Gianluca:

For the long, skill and dedicated work in promoting the cause of lung cancer patients and in widely spreading awareness about the disease.  For his capability as an adviser, communicator and manager of external relations of ALCASE.  Special mention goes to his book of histories of hope, entitled “Winning the Big Killer”.

The prize was a diamond crystal with the logo of the Global Lung Cancer Coalition – GLCC  and the script “Award for Excellence in Lung Cancer Journalism”. The award ceremony took place on Saturday, 10th November 12, at 11.00, in Borgo San Dalmazzo (CN), at the Association Headquarters.

Italy – presented by Women Against Lung Cancer in Europe 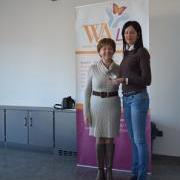 WALCE Onlus has decided to give the GLCC Journalism Award to Daniela Muretto (pictured above with Professor Silvio Novello), a freelance journalist, affected by lung cancer.

Here is an extract from her winning article.

Small breaths of normality… this is the aim of cancer patients, and this is the title of an exhibition opened on November 13 in Milan, created by photographer Massimo Mastrorillo, WALCE Onlus in collaboration with and with the support of AstraZeneca.
There are 20 photo shots, telling how after meeting with cancer, everything is more valuable, especially the present and the small daily gestures. The “big killer”, ie lung cancer annually affects more than 32 million Italians, with a mortality of 80% in the first year of diagnosis, more deaths than breast, colon and prostate cancer combined. “Until two years ago, a patient with a diagnosis of lung cancer – says Prof Giorgio Scagliotti, Director of the Department of Oncology at the University of Turin – had only chemotherapy, which acted with indiscriminating action on tumor cells, also on healthy ones, often resulting in a negative impact on quality of life. Two years ago with the introduction of gefitinib (drug molecular target), in lung cancer there has been a radical change of direction in clinical practice. “November is the month to raise awareness about global lung cancer, and WALCE and AstraZeneca have strongly supported this exhibition. Through these photographs, we follow the daily life of Barbara, Daniel and Denis, three people who have lung cancer. The disease changes your priorities in life. “Patients are directly involved and are the protagonists of the photographic exhibition comments the Drssa Silvia Novello, President of WALCE and associate professor of the Department of Pulmonary Oncology at St. Luigi Hospital, Orbassano. So Barbara, Daniel and Denis, act as a vehicle to create awareness to other people with lung cancer, sending a cascade positive messages. The association WALCE has joined the project, because if the patient knows the “monster” that they must fight, maybe he/she can not defeat it immediately, but it certainly deals with it better. Awareness is the key to improving the quality of life of patients and their families, and can cope better with cancer, have less fear of disease and treatment. ” It ‘s rare – says the photographer – to have such a strong empathy with the people you know for such a short time. It was not the disease to tie ourselves with, but their normality, their transparency. They allowed me to read their lives, to feel the breath that emanated from their every being. 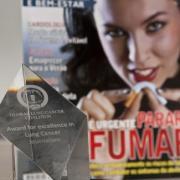 In May 2012, the article “It’s urgent stop smoking”, was the highlight of the magazine cover’s “Saúde e Bem-Estar” (“Health and Wellness”), the prestigious Portuguese magazine.

The award was presented by Pulmonale – Associação Portuguesa de Luta Contra o Cancro do Pulmão with the GLCC’s support, to highlight the best journalistic works with the theme “Lung Cancer and tobacco”.

The winning article talks about tobacco like a drug and cause of a lot of diseases.

The UK members of the GLCC have announced two recipients this year.

And the winners are…

Sarah Swain, from the Glasgow Evening Times, for her series of articles on lung cancer in Scotland including this personal account of losing her father to the disease. 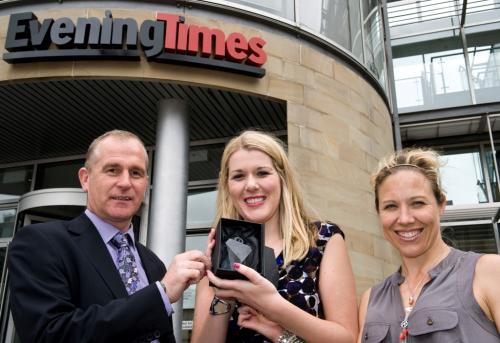 Former BBC News Education correspondent Mike Baker, who sadly passed away in September 2012, for his blog on living with lung cancer. 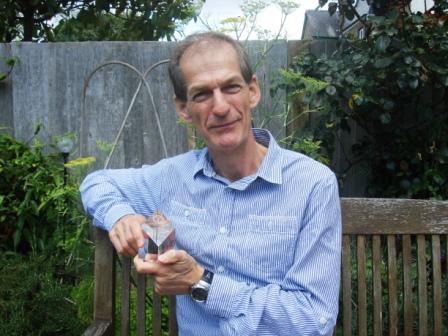 Click on the links to hear the winning features. 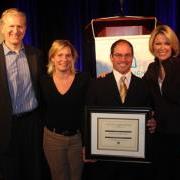