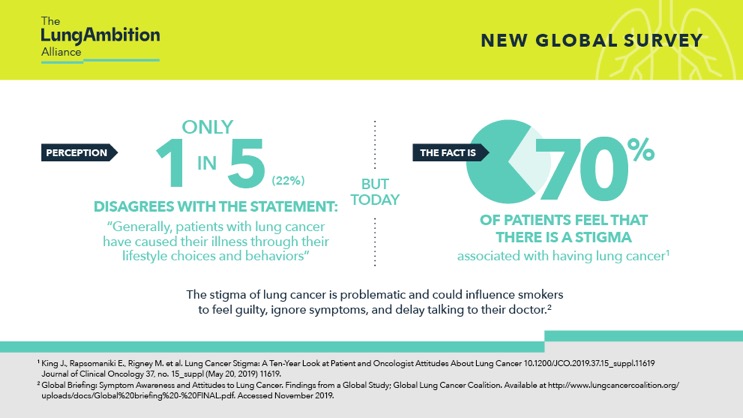 (LONDON, November 2019) – Only one in five people (22%) disagree with the statement “generally, patients with lung cancer have caused their illness through their lifestyle choices and behaviors,” according to a global, omnibus survey conducted by Ipsos MORI and sponsored by the Lung Ambition Alliance.

The results were released to coincide with the end of National Lung Cancer Awareness Month. Lung cancer is a disease still associated with stigma. The stigma of lung cancer is problematic and could influence smokers to feel guilty and delay talking to their doctor about potential symptoms.[1] 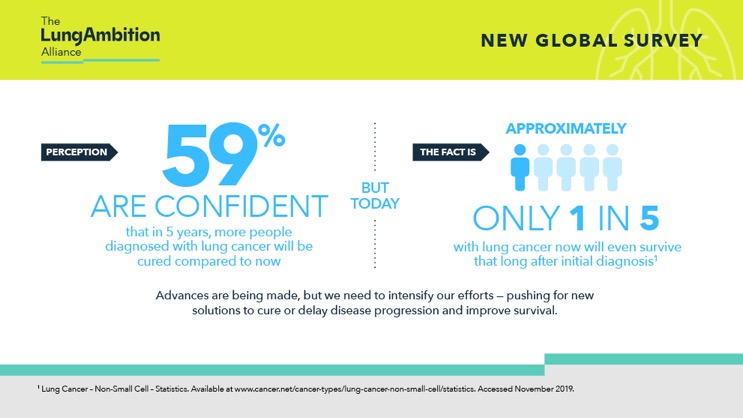 Now is time to intensify the effort against lung cancer and push for new solutions that can delay disease progression. 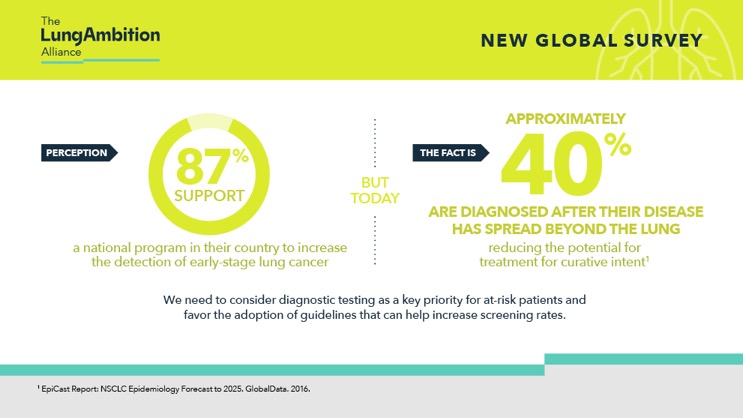 Jesme Fox, Secretary of the GLCC, said “It is important to understand the general public’s perception of lung cancer. These survey results are encouraging, in that that the majority are both optimistic about better future survival for lung cancer patients and also, in favor of implementing lung cancer screening. However, there is much to do to reduce the stigma and negativity surrounding this disease.”