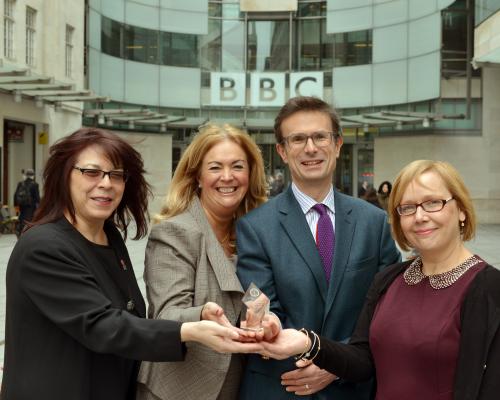 BBC business editor Robert Peston has received an international award in recognition of his “tireless efforts” to increase awareness of lung cancer.

Robert’s wife Siân Busby died from the disease in September 2012 aged just 51, having never smoked a cigarette in her life

Since then, he has worked independently and alongside Roy Castle Lung Cancer Foundation to highlight the chronic under-funding of lung cancer research and to help raise funds for research into early detection methods aimed at helping more people survive the disease.

Receiving the award, Robert said: “Lung cancer kills more people in the UK than any other cancer, by quite a margin, yet it receives only a fraction of the research funding and media attention of other cancers. It is a national emergency to improve diagnosis of this terrible disease and to devote more resources to finding cures”.

Presenting the award, Paula Chadwick, chief executive of Roy Castle Lung Cancer Foundation, said: “Robert’s personal strength and his ability to tell the very painful story of what has happened to his family in the past few years has been nothing short of inspirational.

“His tireless efforts to raise public awareness of this terrible disease and the unjust research funding inequalities that surround it have delivered a significant boost to the lung cancer research movement in the UK and beyond.”

Penny Woods, chief executive of British Lung Foundation, said: “The public perception of lung cancer is often restricted to its association with smoking. This is by no means always the case, as Sian’s story reflects. Robert’s commitment to highlighting the facts about the disease makes him an extremely worthy recipient of this award.”

Diana Borthwick, vice chair of National Lung Cancer Forum for Nurses, said: “Continued developments through research give hope to lung cancer patients but this can only be achieved through greater research funding and awareness of the disease. The work of ambassadors such as Robert is fundamental to achieving those goals and we must thank him for his continued efforts.”

The Irish Cancer Society has awarded Dawn O’Shea, Medical Journalist, the Global Lung Cancer Coalition’s Journalist Award to mark her outstanding coverage on the topic of lung cancer. The journalist award was open to all print, broadcast and online media who covered the issue of lung cancer during Lung Cancer Awareness Month in January and February 2014.

Dawn, a native of Cappoquin in Co Waterford, interviewed a lung cancer survivor and a specialist lung cancer nurse for a feature in The Irish Times Health Plus supplement. The interview, which appeared in the paper on the 28th of January 2014, examined the prevalence of lung cancer in non-smokers and included advice from both the survivor and the nurse on detecting lung cancer and undergoing a lung cancer journey. 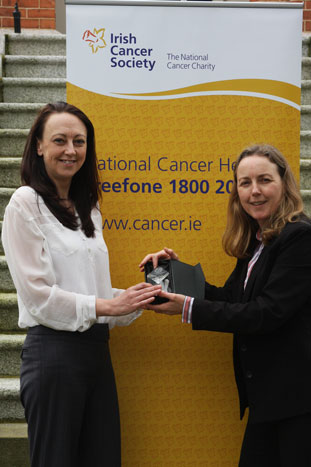 The Irish Cancer Society is a member organisation of the Global Lung Cancer Coalition (GLCC) which provided grants to the value of £500 to member organisations for media outreach on the topic of lung cancer. A judging panel consisting of Irish Cancer Society Communications and Health Promotion Personnel, alongside a Specialist Lung Cancer Nurse, reviewed all the articles received as part of the competition. A range of topics were covered by media across all media platforms including lung cancer research, incidence of lung cancer, risk reduction, quitting smoking and lung cancer treatment options.

Gráinne O’Rourke, Communications Manager at the Irish Cancer Society said: “We are thrilled to offer this award to Dawn who dealt with the issue of lung cancer in a compelling but sensitive manner and we congratulate her on her achievement. The Society gratefully acknowledges the contributions from all areas of the media in helping us generate awareness around lung cancer over the past few weeks. We have been encouraged to see these important messages getting out to the public as we know that early detection can save lives. We thank the media for their support in this regard.”

Carolyn Aldigé, President and Founder of the Prevent Cancer Foundation and one of the founding members of the GLCC, serves as vice-chairman of the steering committee and chairman of the GLCC Excellence in Journalism Awards Program in the US.  Nominations are solicited from all four US-based GLCC members (Including Cancer Care, Free to Breathe and the Lung Cancer Alliance, in addition to Prevent Cancer.)

After each member reviews all nominations, points are awarded. Two journalists are selected for the Excellence in Journalism Award, authors of the highest and
second-highest-scoring pieces.  All types of media are eligible, from print to broadcast to online; eligible stories have appeared from November 1, 2012 to October 31, 2013.

The 2013 Excellence in Journalism Award recipient was Bridget Huber of Oakland, California, who was honored for her feature story “Stigma of ‘Smokers Disease’ Stifles Fight Against No. 1 Killer, Lung Cancer.” This well-researched and lengthy article appeared in the online publication Fair Warning on November 1, 2012.  It delved into such topics as dismal statistics and survival rates from lung cancer in the U.S., marketing practices of tobacco companies, reasons for the lack of funding for research into lung cancer and the stigma associated with the disease, among the public, lung cancer patients’ family and friends and even the patient him/herself. 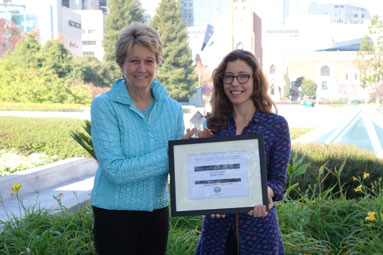 First runner up was Charlotte Huff of Fort Worth, Texas, for her article “A Sick Stigma: Why are cancer patients blamed for their illness?”  This article, which was published online in Slate on September 24, 2013, discussed the stigma felt by cancer patients and survivors in general, but since tobacco ranks at the top of the stigma list when it comes to behaviors that have been linked to cancer, it focused strongly on lung cancer, the disease that claimed the life of Ms. Huff’s mother at the age of 51. 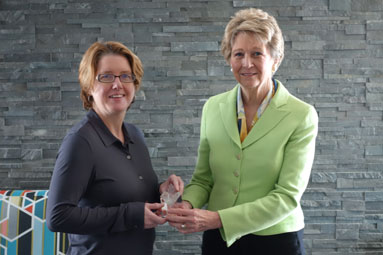 An Award of Special Recognition will be presented to Laurie Fenton Ambrose, president and CEO of the Lung Cancer Alliance, and Gregory Sorenson, M.D., CEO Siemens Healthcare North America.  These non-journalists are being recognized for writing about lung cancer in a positive way in their piece “Ending the Stigma,” published by the Huffington Post on August 7, 2013. 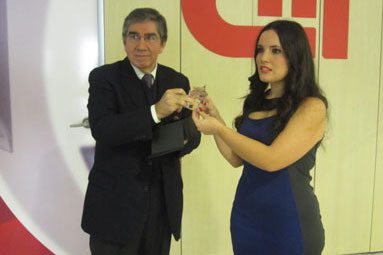 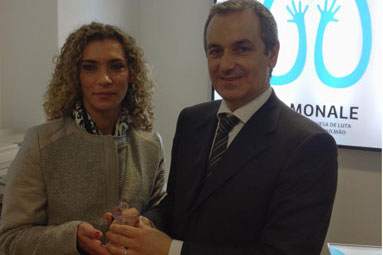 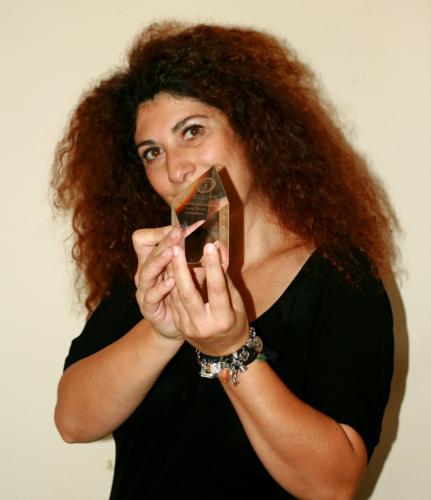 The editors of TargatoCn received the Award for Excellence in Lung Cancer Journalism from WALCE Onlus (Women Against Lung Cancer in Europe) for their constant attention and commitment to the dissemination of news and information on the research against lung cancer.

The Award for Excellence in Lung Cancer Journalism came to this team to emphasize the importance of addressing the more complex diseases with awareness, providing scientifically accurate information at the same time using a language accessible to ‘non-experts’

“We are happy and proud to receive this recognition of our commitment and will continue to inform with honesty and fairness,” said Lucia Campisi receiving the award on behalf of the editorial staff of TargatoCn.

The Egyptian Organisation CanSurvive presented the Lung Cancer Journalism Award to Nada Amr as part of their campaign Burn Something Else.

Writers were asked to write something that encourages people to burn anything instead of cigarettes. For more information about CanSurvive visit their website. 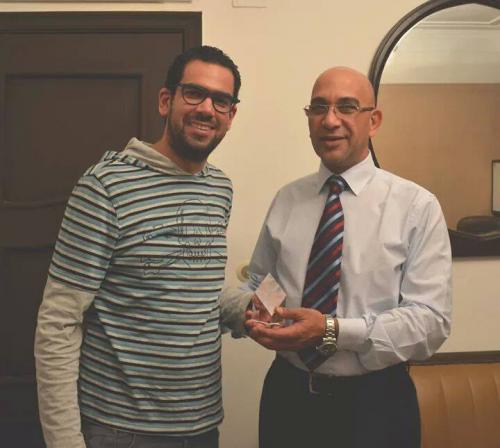