NFK, the Dutch Federation of Cancer Organisations, has joined with other individuals and organisations in supporting a report that condemns the four largest tobacco companies in Netherlands: Philip Morris International, British American Tobacco, Imperial Tobacco and Japan Tobacco International Benelux.

These four manufacturers produce and sell almost all the major brands of cigarettes on the market in the Netherlands.

The new report alleges aggravated assault that can result in death, as well as forgery, due to the deliberate manipulation by tobacco manufacturers of the results of tests on the emission of harmful and addictive substances in cigarettes.

On behalf of its 19 member organisations, NFK has joined with a number of private victims of smoking and other organisations who have also made the same declaration.

“This report is a real milestone. It makes clear that the effects of smoking affect a very wide group of patients. I am very proud that together, the various cancer organisations have united to make a fist,” said Marlene de Regt of Lung Cancer Netherlands.

Smoking is responsible for 30% of all cancer deaths

“Many people do not realise that cigarettes are real killers. About 30% of all cancer deaths are caused by smoking. People inhale more pollutants than they think. It must finally stop, “said Arja Broenland, managing director of NFK.

Harmful and addictive
One way that cigarette manufacturers get round rigorous testing procedures is by adding tiny holes at certain part of the filter tip. This in test equipment measuring lower concentrations of harmful and addictive substances than are actually emitted. This actual level is generally well above the permitted legal standards. Cigarettes are thus more harmful and more addictive than the producers claim. Public safety is based on informed incorrect. 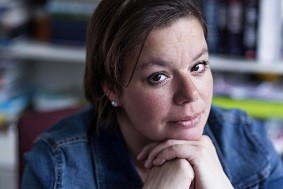 Anne Marie van Veen, a member of the Advisory Board of Lung Cancer Patients Netherlands, was the first to report last year. Anne Marie wants everything done to prevent her four young children from starting to smoke. The tobacco industry refers to children as “replacement smokers” – that is to say, replacements for current smokers who die from the effects of smoking.

Everything started with the question by Anne Marie Bénédicte Ficq, calling fore a criminal lawyer to investigate the possibilities for a criminal case. Anne Marie did just that, with Lia Broad Foundation and the Youth Smoking prevention declaration on 29 September 2016. And in recent tmonths, more people and more organisations – including the NFK – have joined the declaration.

The declaration is for chages of attempted murder / manslaughter, attempted aggravated assault in the first degree, attempted intentional harm to health, and forgery.

Marlene de Regt said: “It’s a real testament to the tireless work started by Anne Marie that now all the organisations for people with cancer have joined in, alongside those who have been there from the start.”

The prosecution is currently examining the declarations.

Would you like to read further about this? More information can be found at www.sickofsmoking.nl or watch the interview with Anne Marie van Veen with RTV Oost .