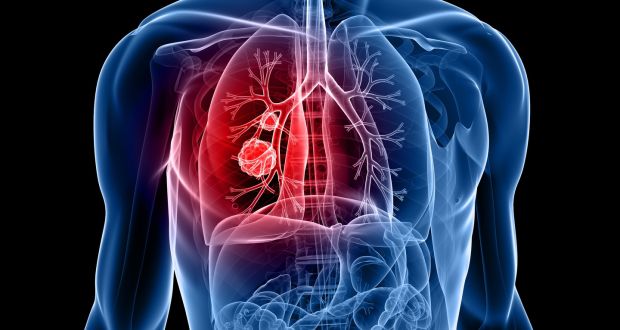 Many Irish people cannot name a single symptom of lung cancer, according to new research.

Last year, the Global Lung Cancer Coalition (GLCC) – a organisation made up of 37 patient organisations from around the world, including Ireland – conducted a study in 25 countries to measure the levels of sympton awareness among the public.

“The significant drop in awareness of the symptoms of lung cancer is worrying, given that the numbers are only set to increase, particularly amongst women,” said Kevin O’Hagan, Cancer Prevention Manager with the Irish Cancer Society.

“One in four lung cancer cases are being diagnosed in Emergency departments and many of these are at an advanced stage. Irish people need to get checked if they experience any symptoms and not wait to present as an emergency. Late diagnosis limits your treatment options and reduces your chances of survival.”

Lung cancer is the second most common cancer in Ireland with over 2,500 cases diagnosed annually. It is also the leading cause of cancer deaths with, on average, 1,855 people dying from lung cancer each year during 2012-2014. The majority of lung cancer cases are diagnosed at a late stage which is why awareness of the symptoms and early detection is vital.

The signs and symptoms of lung cancer are:
– A cough that doesn’t go away or a change in a long-term cough.
– Feeling short of breath or wheezing.
– Repeated chest infections that won’t go away even after antibiotics.
– Coughing up blood-stained phlegm.
– Pain in your chest, especially when you cough or breathe in.
– Feeling more tired than usual and/or unexplained weight loss.
– Hoarse voice, problems swallowing or swelling in the face or neck.

In Ireland, January is Lung Cancer Awareness Month and the public can access a simple online lung health checker at www.cancer.ie/lung/checker.