Peter, of Buenos Aires in Argentina, has worked with Patient Power on a project in which patients describe their experience of lung cancer to professionals within the pharmaceutical industry. 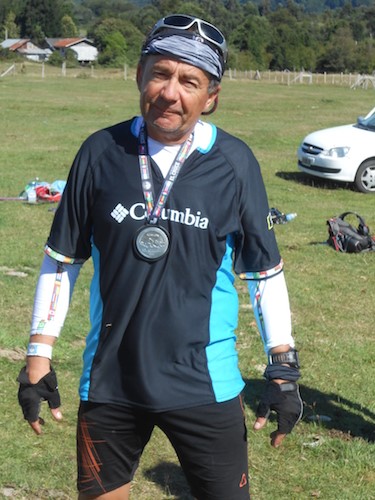 It’s now more than 14 years since Peter was diagnosed with lung cancer following a routine medical check-up. He was 47 years old and had two daughters, Carolina and Sofia, who were then 14 and 8 years old.

Back then, Peter was a heavy smoker and had a sedentary lifestyle. He was not ill, but he went to the doctor after a fatty lump appeared on his back.

Thanks to the keen eye of the primary-care doctor, and after several tests, Peter was diagnosed with lung cancer. Ten days later, surgeons operated to remove the tumor, and took away the top half of his left lung, leaving him with 60% of his full lung capacity.

For Peter, in his own words, “the diagnosis of cancer was, without doubt, a second birth.”

He became aware of the need to lead a healthy life and began to run and eat well. But it was after eight months after his operation when he saw the sight that has motivated him since then.

On a trip by car with his sister and her brother-in-law to Mendoza, they stopped at a lookout to observe the mountain of Aconcagua, which, at 6. 962 metres, is the highest peak in the Americas. There and then he decided that one day he would reach the summit of this daunting mountain. His sister encouraged him to go for it.

“Running, and dreaming of climbing Aconcagua, helped me overcome the fear of cancer. I exchanged the fear of disease for a dream… My experience has taught me that patients can do more than just dream of a better life. We should not, must not, remain passive and accept our fate. What’s more difficult than overcoming cancer is overcoming the fear of cancer. But you can do it.”

Peter made his first expedition to Aconcagua in 2009 – and made it to within just 900 meters from the summit.

“Two nights when the temperature fell to 30 degrees below zero and fatigue made me decide to turn back,” he explains. 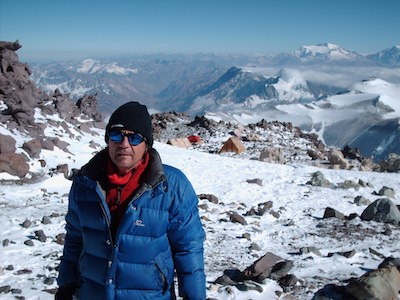 On 16 February, he starts out as part of a new expedition; this time with a very special ‘team’: people who’ve had an illness or problem serious in their life and have made progress thanks to sport.

Peter has been given great support and motivation by his daughters. Their life-enhancing positivity has also changed the nature of his relationship with them; they share with him a love of sport.

To date, Peter has run two marathons, in Berlin (2015) and Chicago (2016), and is preparing to run another in New York. In addition to sport, he practices meditation.

“The aim of a cancer patient is to survive, but survival is not enough, they must live thoroughly. You should strive for more!”

We at Patient Power thank Peter for his willingness to collaborate with us and congratulate him on his great vitality. Thank you Peter!

Remember that the views expressed in Patient Power are not necessarily those of our sponsors, collaborators, partners, or of Patient Power itself. Our contents are not a substitute for medical care. Medical professionals will provide the best possible care.