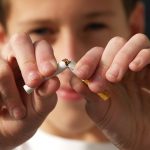 The Public Prosecution Service will not prosecute the four major tobacco companies. Justice sees no possibility for a promising persecution of the tobacco producers under the current laws and regulations and will therefore not conduct any further investigations.

Criminal prosecution of tobacco producers would have been unique in the world. A year and a half ago, lung cancer patient Anne Marie van Veen was the first to report heavy abuse resulting in death, and forgery. Cigarettes are designed so that people quickly become addicted. Stopping is difficult. This certainly applies to young people. This limits the freedom of will of smokers.

“We are deeply disappointed that the Public Prosecution Service does not proceed to criminal prosecution of the tobacco industry. It could prevent a lot of illness, suffering and social costs. We are extremely proud of Anne Marie van Veen, Lia Breed, Wanda de Kanter, Bénédicte Ficq and all other declarants. This brought social attention to this matter. We have not yet come out. On to the court “.

From the Guardian (UK) website – story by Jon Henley t:@jonhenley 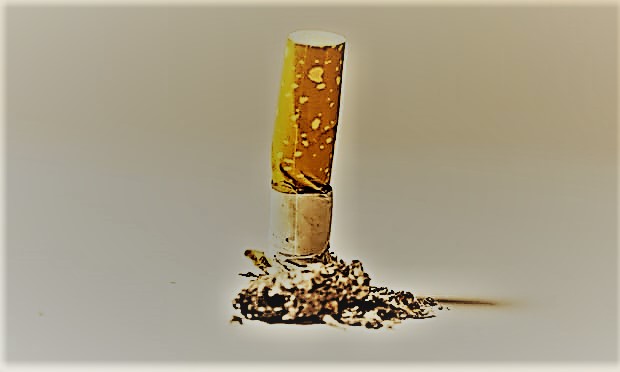 Dutch public prosecutors have refused to open a formal criminal investigation into four major international tobacco companies on charges of attempted murder or manslaughter, saying there is too little chance of a conviction.

It also accused the companies of forgery, arguing that they had “for years declared on tobacco product packaging levels of tar, nicotine and carbon monoxide that were lower than the actual levels”.

But the prosecutors said in a written statement that within current Dutch legislation they could see no prospect of a successful prosecution against tobacco companies, ruling that smoking was “deadly, and the design of cigarettes contributes to that, but the tobacco producers do not … act in breach of the laws and rules”.

The Dutch association of cigarette and tobacco manufacturers had argued that the demand for criminal prosecution was little more than a publicity stunt and that it was “confident the sale of a legal, heavily regulated product is not a crime”.

According to the most recent figures from the Dutch central statistics agency, nearly a quarter of the Dutch population smoke, compared with almost 16% of British adults, and about 20,000 Dutch citizens die annually from smoking-related illnesses.

She wants to stay ‘at least’ until the tobacco industry is convicted. Lung cancer patient Anne Marie van Veen first reported in 2016. Tomorrow justice will decide on prosecution. ,, And one day later I have to go under the scan again. ”

Whether the duvel plays with it: tomorrow the Public Prosecution Service will decide whether it will actually  prosecute  the four large tobacco producers in the Netherlands, because of the severe ill-treatment of millions of smokers. One day later, lung cancer patient Anne Marie van Veen (45) must be under the scan.

“It is clear that Friday is by far the most exciting for me ”, says Anne Marie. But tomorrow is also very exciting. I hope so incredibly that justice continues. ”

It goes pretty well with her. She has (had) lung cancer for more than 3.5 years. “That’s fantastic,” she says with a cynical wink. Because: she survives the devastating disease for years. She cannot go a day without morphine and methadone, especially to keep the pain in her neck bearable. 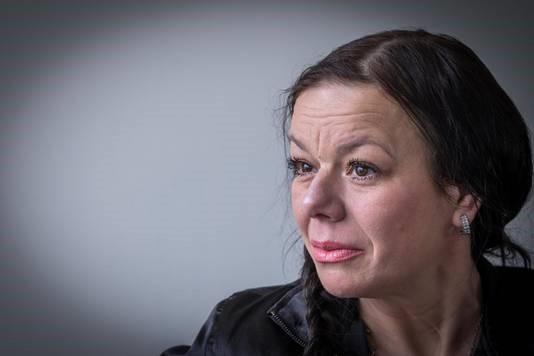 This way she battles against cancer. Chemo was no longer an option shortly after her diagnosis. “Then I would have been dead within a few months.” At the end of 2014, Anne Marie switched to experimental studies: immunotherapy. Paid by the manufacturer. ,, I say that, because that is also a misunderstanding: that I experiment at the expense of the insurer. Not so. “” Once every three weeks, she is on the infusion for a day. The ideal goal of the new medication is that her immune system is so strong that her body will fight the cancer cells on its own. The hope for total healing has not yet evaporated.

Almost parallel to the fight against that disease, the other fight runs: against the tobacco industry. That too is one of perseverance with a small chance of success. In April 2016 Anne Marie appeared with lawyer Bénédicte Ficq in RTL Late Night for something unique: starting a criminal case against the tobacco industry. Then she was still – in her own words – ‘lashed out and laughed at’. The fact that someone is going to smoke himself and later, once seriously ill, the makers of the cigarette to the judge, found a lot of people ridiculous.

That eternal ‘it is your own fault’, she has heard it often. “I have not had Facebook for a long time. Too bad. Now I still get emails, like: “You say you do this for your children, but you smoked when you were pregnant. How could you?’ But I was addicted. And that addiction is not my fault. Many people do not understand that. That is because those people assume the wrong question. The question is not: is it your own fault that someone who smokes gets lung cancer? No, the question is: is it your own fault that a child who starts smoking, later gets lung cancer? That sounds different, eh. Because that is how it is: the vast majority of smokers start in their teenage years. Me too. I was 15. That’s what the tobacco industry wants. “

Add to that the now familiar story of the miniscule holes in every cigarette. Filter holes through which equipment measures less harmful substances than is actually present. It is the ‘cigarettes’ that the industry knowingly would mistreat the smokers. ,, You are seduced as a child and after years you get more poison than you may … Is lung cancer still your own fault? ”

The ‘outing and laughing at’ is now, a year and a half later, dazed. The number of reports against the tobacco industry is now at 30. Almost all of the medical Netherlands has filed a complaint and now also the municipality of Amsterdam. Anne Marie introduces a legion. ,, It has not been for nothing now. So much has happened, the cigarettes will soon have to be covered in the store, the cigarettes are known, we have reached abroad: in various other countries they also report or prepare them. We have already written history. And if justice does not proceed to prosecution, then an Article 12 procedure will follow and we will go to a higher court. This will continue anyway. “

Is she still there? A smile that betrays more emotion comes out. ,, I … yes … we just assume that we do. ”