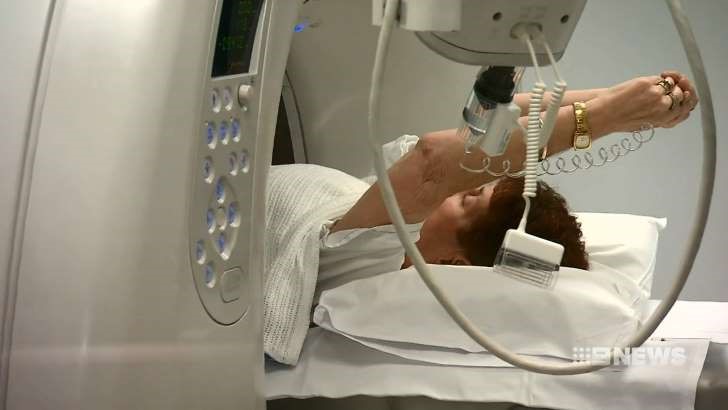 Lung cancer claims more than 9000 lives across the nation each year, with more deaths from the disease than breast, prostate and ovarian cancers combined.

Sydney’s St Vincent’s Hospital is one of several centres across the country that will trial a screening program for people at high risk.

The trial will involve the use of CT scans for people who are smokers or former smokers, are over 55 years and in general good health.

“The reason why those parameters have been chosen are partly because of what we know about the major cause of lung cancer,” Dr Stone said.

“Although we do acknowledge that there are non-smokers who very unfortunately do have lung cancer.”

She said CT scans, which will only expose patients to very low doses of radiation, are a very safe and effective tool for picking up tumours early.

Currently about 75 percent of patients who are diagnosed with lung cancer miss out on being offered a surgical cure because the tumour is too large or has already spread to other parts of the body.

A trial at St Vincent’s Hospital is screening patients for tumours much earlier to catch the disease before it’s too late.

Doctors are forced to rely on other treatments such as chemotherapy, radiotherapy and new medications but the cure rate is considered low.

“By the time people have symptoms, it has usually advanced beyond the stage of cure,” Dr Stone said.

Julie Morrissey, 63, was fortunate her GP sent her for a CT scan after she struggled to get over a cold.

“I went to my GP because I had a very bad cold. It had lasted for some weeks. I also had very bad colds all my life and so my GP decided he’d do a CT scan for me,” she said.

A small cyst was discovered in her lung which was monitored and in the end of 2016 a biopsy revealed she had cancer.

Ms Morrissey had a quarter of her lung removed but it saved her life.

“I feel enormously lucky, I am one of the lucky people in the world that it was found early,” she said.

The diagnosis came as shock as she quit smoking decades earlier.

“I was shocked, I thought really that’s not going to happen to me, I’m invincible.”

The 63-year-old said the trial is an important step towards early detection.

Currently, population-based screening programs are only available for breast, bowel and cervical cancer.

“I think it’s a wonderful thing that people’s lives can be saved if they have early detection,” she said.

People who fit the general criteria will be screened by trial co-ordinators before being enrolled into the study.

While early detection is the aim of the trial, experts said the study will help them narrow down those at most risk to avoid over-screening which can cause stress and anxiety.

Half of the 4000 participants will be recruited from Australia which is being funded by National Health and Medical Research Council.

The Australian centres involved in the trial are St Vincent’s Hospital in Sydney, The Prince Charles Hospital in Brisbane, The Royal Melbourne Hospital, Sir Charles Gairdner and Fiona Stanley Hospitals in Perth.