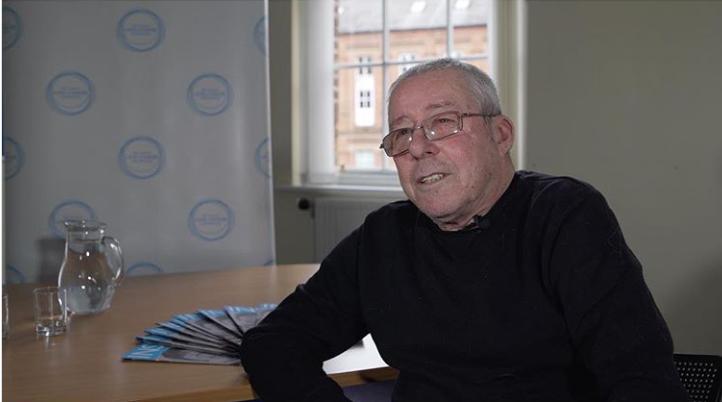 As the only UK lung cancer charity, we are committed to earlier detection of lung cancer, ensuring patients are diagnosed at the earliest stage when treatment is potentially curative.

We know the significant impact this could have on people’s lives and are in full support of a national health check programme.

Our Let’s Roll campaign aims to ensure a lung health check is rolled out as soon as possible in areas where similar programmes and research projects are not already underway. We’re also calling on the healthcare bodies in Scotland, Wales and Northern Ireland to roll out their own lung health check.

Lung cancer is the UK’s biggest cancer killer. It kills 36,000 people every year – more than breast, prostate and pancreatic cancer combined. It is a disease that can affect anyone – men and women, young and old, smokers and non-smokers.

One of the main reasons for the low survival rate is because lung cancer is detected too late and people are diagnosed at late stage when curative treatment is not an option.

This needs to change and we know how to make it happen – by rolling out a national lung health check programme.

When a person is diagnosed at an early stage, they have up to a 73% chance of surviving for five years or more. The current five-year survival rate for lung cancer is just 10%.

Problem is, lung cancer is crafty. People who have lung cancer can be asymptomatic for a long time and often symptoms only start to appear when the cancer is at an advanced stage.

So we need to be smarter. A national lung health check will make us smarter. It will allow people to be diagnosed with lung cancer at an earlier stage. We know this, because we are already seeing exactly that in pilot programmes, including our own check in Nottingham.

Lung health checks are therefore an excellent first step in improving lung cancer survival rates and give us and people affected by lung cancer real hope for change.

For too long people with lung cancer have been ignored and forgotten. Now it time to make lung cancer a priority, to address this shocking statistics attached to this awful disease and help the people who it affects – the mums and dads, the sons and daughters, the grandparents, great grandparents, friends and colleagues. These people matter. Now we need to show just how much… #LetsRoll

If I hadn’t have gone for that scan, I could have been dead in a year

When Bill was invited to take part in our lung health check, little did he know it would save his life. His doctor says it’s given him 10 more years and he intends to spend it with his wife and son.

“I had a call from a nurse about the check and thought I may as well get checked. I’d had a cough for a while but wasn’t concerned about it. I wouldn’t have gone to my doctors about it, I know that, because I didn’t feel ill.

“At the initial appointment I was told I needed to have a CT scan and then a PET scan. That’s when I was told – yes, you have lung cancer but it’s localised, it’s avery small amount and hasn’t spread.

“One minute you’ve been given a death sentence if you like, the next you’re getting a reprieve! And it comes out in two sentences!

The whole process, from the initial breath tests to having the operation and getting out of hospital, took about six weeks.

You’re operated on and a couple of days later you can go home – you’re fixed, you’re mended, you feel great! You really feel elated.

I’m so glad I went to the lung health check. It saved my life. My doctors said “It’s given you 10 more years of your life”. My wife has never forgiven him for that!

I think every major city should have one of these scanners because, that’s the thing, if they do find it, you can be fixed.”

We want more people to have the same chance of life as Bill.
Sign our petition to support the roll out of a national lung health check and give people the best chance to beat lung cancer. #LetsRoll