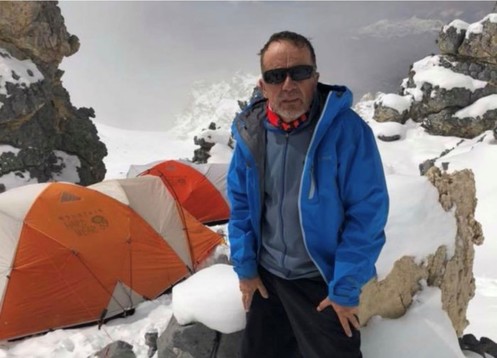 Having survived an epic attempt to climb the highest peak in the southern hemisphere, Peter Czanyo is planning to tackle another gruelling challenge – the New York Marathon.

Peter founded the Fundacion Pacientes de Cancer de Pulmon organisation in Argentina after being diagnosed with lung cancer over 14 years ago. He had surgery to remove most of one lung and since then has campaigned tirelessly on behalf of patients.

He is currently recuperating after his exertions earlier this year as part of an expedition to ascend Aconcagua, a mountain in the Andes which rises to 6,962 metres above sea level.

The expedition set off in late February with eleven members. Conditions were extreme, and only six people reached the high camp at 6,000 metres. Peter was one of them.

In his own words, “The weather was very hard. It was extremely cold, with heavy snowfalls and lots of ice. We spent many days acclimatising to these conditions until we arrived at the camp called ‘Nido de Condores’ (The Condor’s Nest) which is at a height of 5,600 metres.

“At this point, we saw that there was a snowstorm at the mountain summit, so we waited at the ‘Nido’ for two nights before setting off again. The next camp, at around 6,000 metres high, is called ‘Colera’. I arrived there very tired and cold.

“Colera is normally used on a return journey – so I knew then that, for me, an attempt on the summit had already gone.

“In those conditions, and at that altitude, I found my breathing became very slow and laboured. I waited for my partners who had pushed on for the summit to return. All those days at over 5,600 metres were very, very cold. At night, temperatures fell to between 20 to 30 degrees BELOW zero. Even inside my tent, temperatures were around five to ten degress below zero!

“From the six of us who reached the 6,000 metres mark, only two went on – and, luckily, they both made the summit.

“When I started to descend the mountain, I felt a terrible pain in my left arm, and I thought it had frozen – maybe I had frostbite? There was no option for me, though – I had get down by whatever means I could – and I have to admit it was a huge effort”.

Thankfully, despite his injury and the terrible conditions, Peter completed the descent and returned to his home in Buenos Aires. But his problems were far from over.

He resumes the story,”Once in the city, the arm was still very cold, and I didn’t know why. I went to a hospital in Buenos Aires and they found I had a thrombosis. Staff at the hospital operated on me urgently. In all I ended up staying in hospital for 17 days – as I was also unlucky enough to catch an infection.

“Now though, I’m fine – and very happy! Happy to have had the strength to descend safely in those conditions. My breathing is getting better, but I will be on anti-coagulants for a few more months”.

Peter’s taste for adventure and passion for a challenge have not deserted him, despite all the difficulties he’s had to face.

As he says, “You know, when I was on Aconcagua, I applied to run the New York Marathon, which takes place on 4th November. It is always possible to keep dreaming – and to make those dreams come true!”

Now Peter would really appreciate some support to help make that dream a reality – specifically, he’s looking for a sponsor to help him fund the tickets to get him from Buenos Aires to New York. Peter can be reached via the Fundacion’s Facebook page – just follow this link. 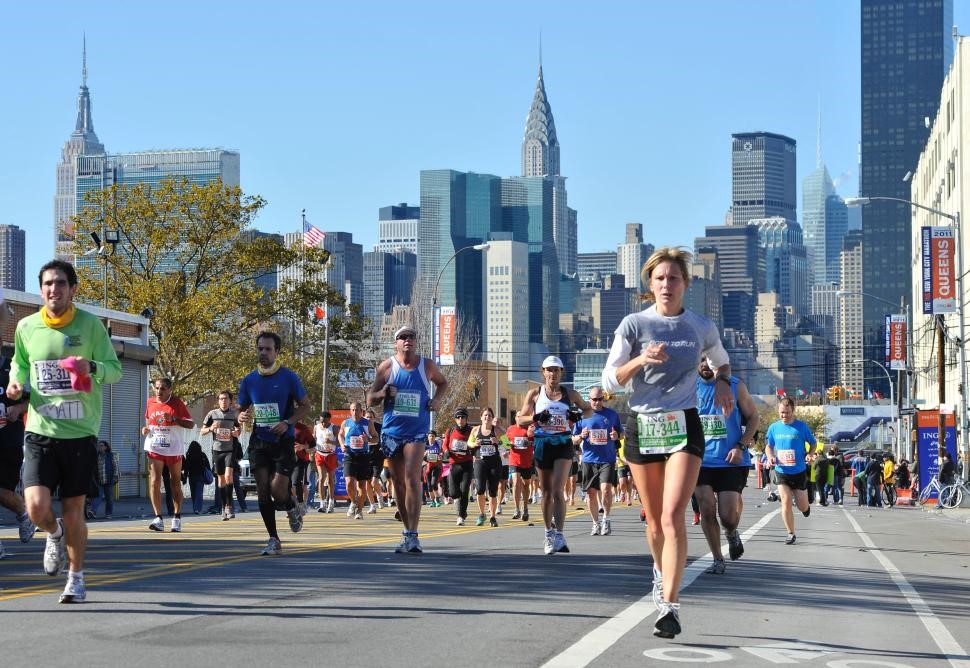 New York, New York – Peter wants to be a part of it…

He has already completed marathons in Berlin (in 2015) and Chicago (2016), gaining valuable media coverage in the process, and helping to ‘spread the word’ about the work of the Fundacion and of the GLCC.

Now he wants to take on what he calls ‘the most iconic’ of city marathons.

Peter has always been a powerful advocate for lung cancer patients, both in his own country and also worldwide. 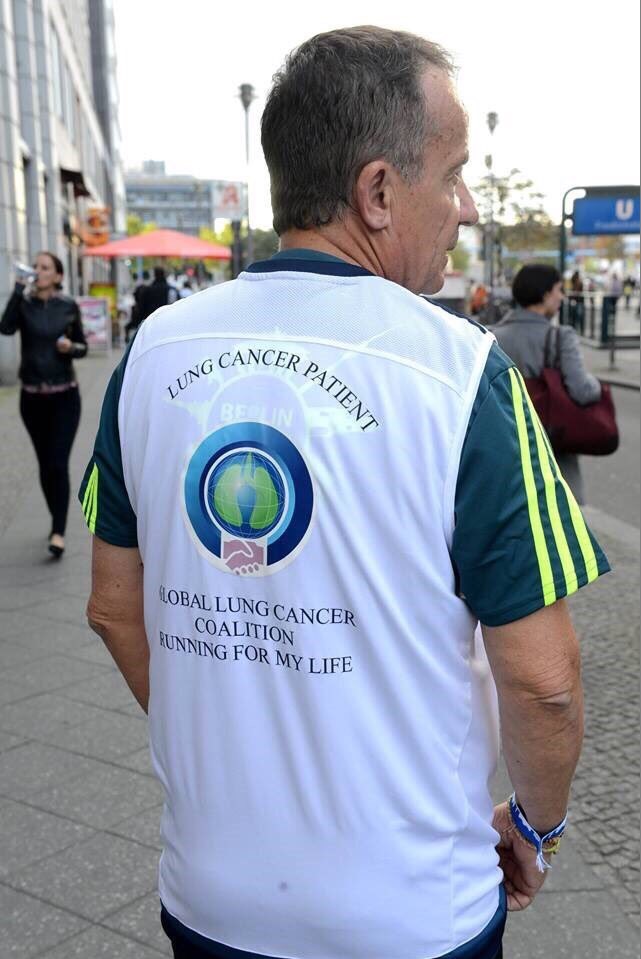 Peter proudly flying the flag for the GLCC after completing the Berlin marathon. New York next?