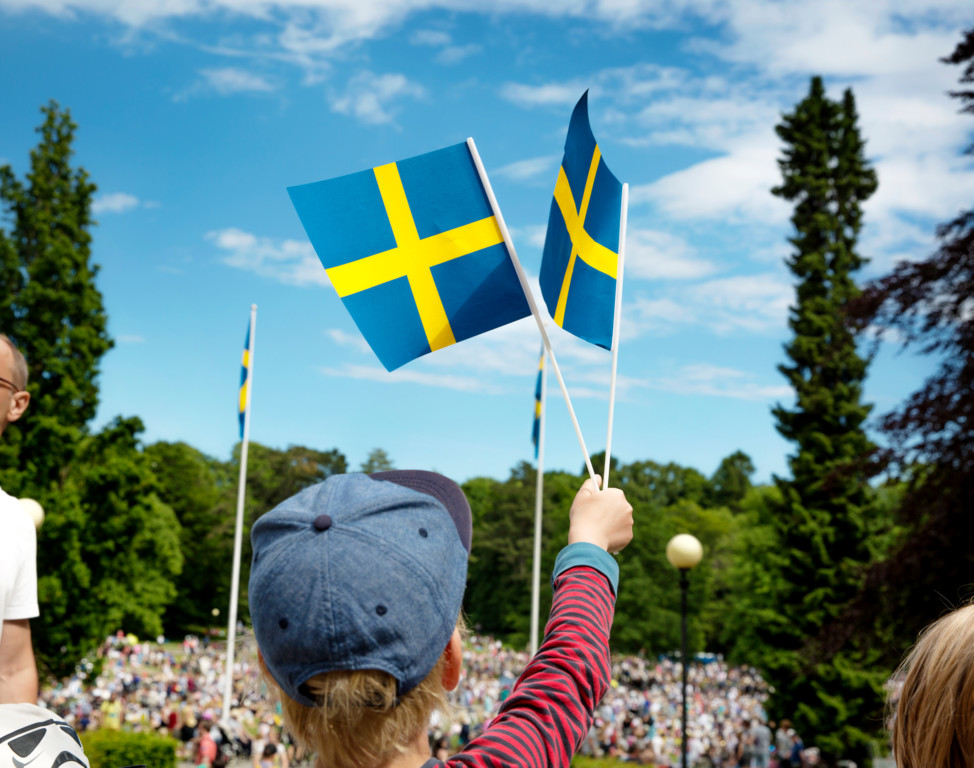 Swedes celebrate their National Day on 6 June in honour of two historical events: Gustav Vasa being elected king (6 June 1523) and the adoption of a new constitution (6 June 1809).

This day offers a rare chance to see Swedes waving the flag.

Every year, the King and Queen of Sweden take part in a ceremony at Skansen, Stockholm’s open-air museum, where the yellow and blue Swedish flag is run up the mast, and children in traditional peasant costume present the royal couple with bouquets of summer flowers.

The last time people in general took an active interest in Sweden as a nation-state was at the turn of the century, around 1900, when a romantic notion of nationalism was becoming popular throughout the country and folklore societies and local history museums were established. It was then that 6 June first became a day of celebration.

In 2004, the Swedish parliament voted to make it a public holiday, which may cause people to become more interested in celebrating it. The final decision took decades to reach − various proposals had been discussed under a succession of governments.

Po Tidholm is a freelance journalist and a critic based in the province of Hälsingland. In the collection ‘Celebrating the Swedish Way’, he has written the main sections about how people celebrate in Sweden today. Agneta Lilja is a lecturer in ethnology at Södertörn University College, Stockholm. She also writes reviews and appears on radio and television. In the collection ‘Celebrating the Swedish Way’, Lilja has written the sections about the history of Swedish traditions and festivities.

Our Swedish member organisation is Lungcancerföreningen – The Lung Cancer Association – an independent association for patients, relatives, and professionals, working together to combat lung cancer.

The Association was founded in 2004, by patients and doctors, and today consists of several local associations, to be close to our members.

Its primary task is to support both patients and relatives – in group discussions and by telephone; being there and helping when needed. The LCA also ensures that lung cancer is on the agenda in debates, is more frequently and openly discussed more, and that lung cancer is represented as much as other cancer groups.

You can support their work by becoming a member of the Lung Cancer Association, or simply by buying the White Band or making a donation.