Mountain man back in peak form and heading to Tanzania 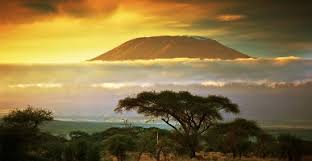 Peter Czanyo, the GLCC’s very own Man of the Mountains, is set to take on another challenge – the fearsome peak of Mount Kilimanjaro.

2018 has certainly been an eventful year for Peter. He’s still recovering after suffering thromboses in his arm and leg during his previous mountain ascent as one of a party attempting to climb Aconcagua in the Andes.

Undeterred by that painful experience, patient advocate Peter has now set his heart and mind on reaching the summit of the highest mountain in Africa.

Mount Kilimanjaro with its three volcanic cones, “Kibo”, “Mawenzi”, and “Shira”, is a dormant volcano in Tanzania. It rises to about 4,900 metres from its base to 5,895 metres above sea level.

The mountain is part of the Kilimanjaro National Park and is a major climbing destination.

Peter founded the Fundacion Pacientes de Cancer de Pulmon organisation in Argentina after being diagnosed with lung cancer over 14 years ago. He had surgery to remove most of one lung and since then has campaigned tirelessly on behalf of patients.