Our Man of the Mountains, Peter Czanyo, who founded the Fundacion Pacientes de Cancer de Pulmon organisation in Argentina, has been featured in the following article in ‘The Lancet’ , the prestigious UK-based medical journal. Peter was diagnosed with lung cancer 14 years ago and subsequently had surgery to remove most of one lung. Since then, he has campaigned tirelessly on behalf of patients. 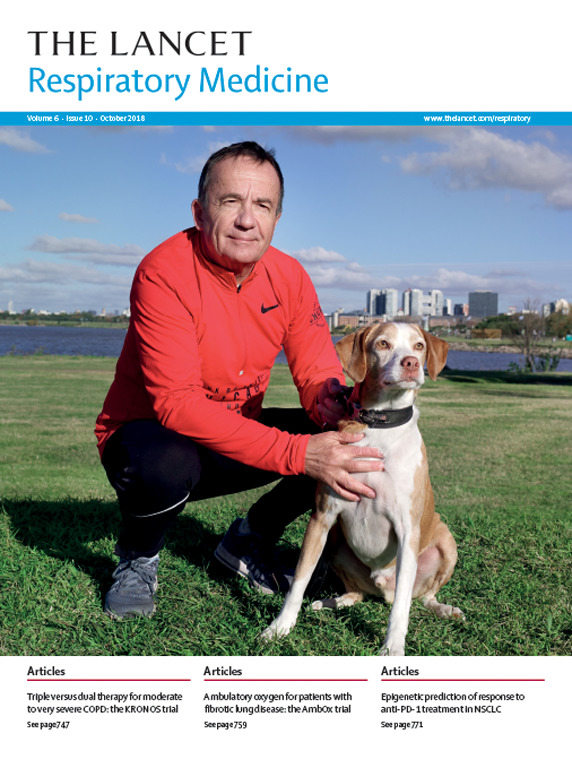 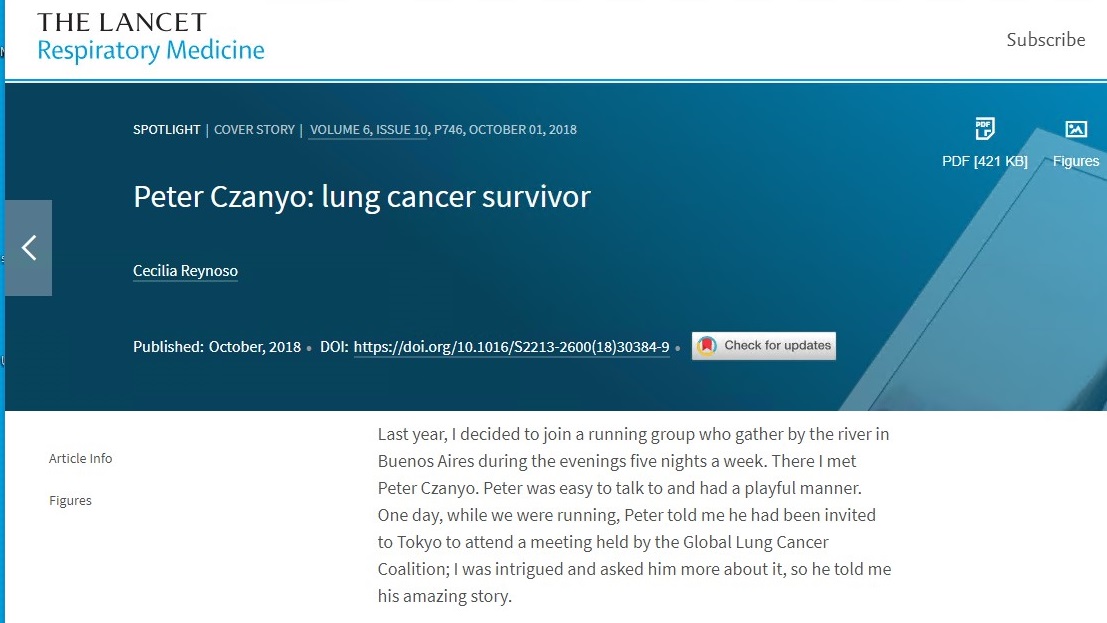 Peter is 62 years old and has two daughters aged 23 and 29 years, with whom he has a close relationship. Peter is accompanied everywhere by his beloved dog (who is also called Peter).

In 2003, at the age of 47 years, his life changed unexpectedly when he was diagnosed with lung cancer. What struck him most when he got the news was the idea of leaving his young daughters without a father. He underwent surgery; half of his left lung was removed and the right one was left extensively damaged, leaving him with permanently reduced lung capacity.

During his recovery, Peter’s doctors told him that he must quit smoking, that he could have a normal but quiet life, and that he shouldn’t even think of exerting himself physically. This last instruction challenged him deeply. He realised that what he had been through was an opportunity for him and his daughters to learn a powerful lesson; he had to be willing to change and starting running training was part of that.

8 months after his surgery he travelled to Mendoza, Argentina, on vacation with his sister and her family; they were visiting the base of Aconcagua, the highest mountain in South America, when they saw an expedition group and mules taking the first steps of their adventure. Inspired by this, Peter said: “I will climb it”.

At that point his journey began. He started walking and then running every day on his own. During subsequent years he climbed smaller mountains, then in 2009 he confronted Aconcagua; he reached 6000 m, this was his personal summit. Between 2012 and 2016, he ran the Cruce de los Andes Marathon four times; the race goes through Chile and Argentina and covers 100 km over 3 days. In 2015 he ran the Berlin Marathon, and the Chicago Marathon in 2016.

In February, 2018, he returned to Aconcagua with the expedition Summit Aconcagua; this time he suffered thrombosis in his arm and leg. He reached 6000 m before descending on his own. He received surgery for the thrombosis and, while he was doing his rehabilitation, he came up with a new adventure: climbing Mount Kilimanjaro in Tanzania.

When Peter talks about cancer he does it from the heart. Peter turned his illness into an opportunity; he overcame fear with love and passion. Aconcagua Mountain was his goal and he trained to achieve his dream. Cancer was a path to transformation and Aconcagua, the mountains, and running changed his life.

Cecilia Reynoso was born in Buenos Aires, Argentina, and continues to live and work there. She obtained a degree in film directing from the University of Cinematography, Buenos Aires. She is an independent documentary photographer and since 2010 has been working on a long-term project —The Flowers Family —in which she portrays her extended family. Her work has been exhibited internationally. For more of her work see www.ceciliareynoso.com