It’s Ireland’s deadliest cancer – so why aren’t we more sympathetic?

Nine out of 10 cases are caused by smoking 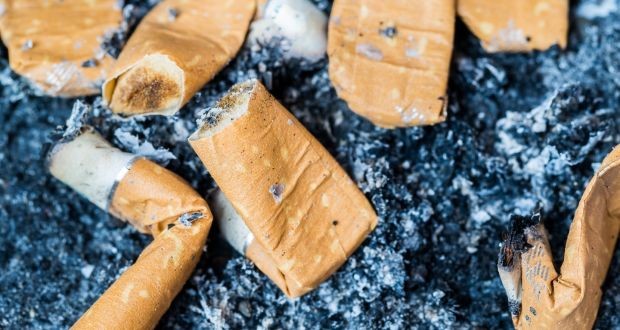 Smoking is a causal factor in cervical, mouth, head, neck, oesophageal, stomach, pancreatic, kidney and bladder cancers too but lung cancer is the one people blame most on cigarettes. Photograph: iStock

More people die of lung cancer than any other cancer in Ireland. Yet people have less sympathy for those diagnosed with it – often at a late stage when survival rates are lower – because nine out of 10 cases are caused by smoking.“Other cancers and diseases are not subjected to the same degree of judgment. Regardless of a person’s smoking history, everyone affected by a lung cancer diagnosis deserves the same care and compassion as other cancer diagnoses,” says Kevin O’Hagan of the Irish Cancer Society.

Smoking is a causal factor in cervical, mouth, head, neck, oesophageal, stomach, pancreatic, kidney and bladder cancers too but lung cancer is the one people blame most on cigarettes. Currently, about 60 per cent of lung cancer cases in Ireland are detected at a late stage and 25 per cent of all lung cancers are picked up in emergency departments.

Over 90 per cent of cases are diagnosed in those over the age of 50.“Early stage lung cancer is difficult to find. We often only detect it when a patient has an X-ray or a CT scan for another reason or if they cough up blood or have discomfort or pain when it is close to another organ,” explains Dr Finbarr O’Connell, consultant respiratory physician at St James’s Hospital, Dublin.

Traditionally more of a male disease, the Irish Cancer Society predicts that the number of women with lung cancer will outnumber men in 25 years

In this Lung Cancer Awareness Month, the Irish Cancer Society is alerting the public to the symptoms of lung cancer, in the hope that people will get themselves checked out and lung cancer can be treated at an earlier stage with curative treatments.

Difficulty breathing or wheezing, a long term cough, repeated chest infections, excessive tiredness, chest pain when coughing or breathing in, difficulty swallowing, coughing up blood-stained phlegm and unexplained appetite or weight loss are all potential symptoms of lung cancer that should be checked out.

Traditionally more of a male disease, lung cancer rates continue to rise and the Irish Cancer Society predicts that the number of women with the disease may well outnumber men in 25 years. “In the 1970s, there was one woman for every 10 men with lung cancer; now it’s two women for every three men, partly because more women and fewer men are smoking now,” says Dr O’Connell.

Women in disadvantaged communities are almost twice as likely to get lung cancer as more affluent women due to high numbers smoking.

“People often smoke to deal with stress but smoking only temporarily relieves stress. In the long term, nicotine addiction is a greater stress,” says Dr O’Connell.

In an attempt to reduce numbers of women smoking, the Irish Cancer Society runs “we can quit” courses in Dublin and Cork. Two-thirds of participants quit at the end of the 12 week course. Carolyn Roche (53) from Tallaght shares her story of quitting smoking with participants at these courses. “I tell them how I was smoking since I was 12 and how drinking coffee and smoking was my life. I smoked between 60 and 80 cigarettes a day,” she explains.Then, after three failed attempts to give up smoking by herself, Roche went along to a “we can quit” course in May 2016, and hasn’t smoked since.

“It was hard at the start and I gave up drinking coffee on the same day. But I trained my mind by imagining myself every day on a plane to Australia. And you can’t smoke on a plane. I put away €50 every week and my husband, daughter and I went on our first family holiday in October 2016 with the money I saved,” she says.

She admits that it hasn’t always been easy to stay off the cigarettes. “There have been times that I could have gone back on the smokes but I didn’t. Now I use my “smoke” money for holidays.” More women like Carolyn Roche sharing their quit stories might be just the thing we need to reduce the deaths from lung cancer in this country in the coming decades.

“Of all the cancers to get, why did I get this one?” A non-smoker’s experience of lung cancer

Jackie Spain (55) didn’t tell many people when she was diagnosed with lung cancer. A non-smoker who works as a cardiac physiologist at the Mater Private Hospital in Dublin, she was shocked at the diagnosis. “I thought, of all the cancers to get, why did I get this one? My dad smoked until I was a teenager. He died of lung cancer when he was 77 but I was only 53 when I was diagnosed,” she explains.

She believes that even though she wasn’t a smoker, the stigma of lung cancer affected her. “People see lung cancer as being self-inflicted. If it had been breast cancer, I would have got more sympathy and empathy but people think you must have been smoking for 20-30 years if you get lung cancer.”

Of the 2,500 diagnosed in Ireland each year with lung cancer, one in 10 is a non-smoker. Exposure to radon gas and some chemicals are other causes of lung cancer.

Spain’s only symptoms were painful palpitations. “I was fit and well so my GP thought at first it was possibly a thyroid issue but the blood tests came back fine. A chest X-ray showed something on my right lung. Then a CT scan showed something on my left lung so my GP referred me to the rapid access lung clinic at St Vincent’s University Hospital. The consultant thought it might be an infection and told me to come back in three months – as is the standard protocol.” 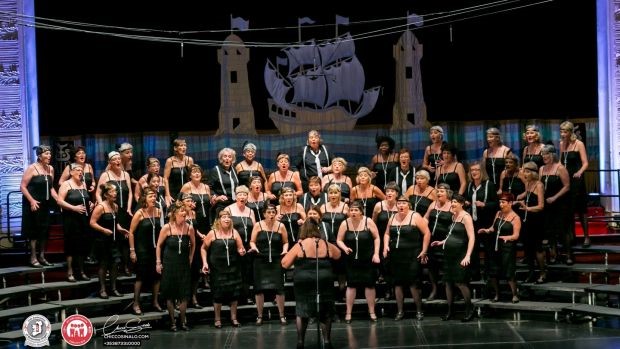 Jackie Spain: she joined the women’s barbershop choir Serendipity to try to improve her breathing

Three months later, she returned to the respiratory consultant at St Vincent’s hospital, where a biopsy revealed that she had lung cancer. Offered the choice between radiotherapy and surgery, Spain opted for surgery – again relying on her own research which found better outcomes for lung cancer patients who had surgery.

“I had half of my left lung removed. There was a 20 per cent chance that the whole of my left lung would have to be removed but I was pleasantly surprised when I woke up from the operation to hear that only half of it had been removed,” she says.

There followed gruelling months of recovery which included an 11-day hospital stay. “The consultant said that, after leg amputation, this surgery is the most painful. It cuts through all the nerves in your back and makes breathing very painful.”

Armed with very strong pain relieving medication, Spain began her daily regime of walking and breathing exercises before she left the hospital. “I had physiotherapy every day and local aesthetic patches to numb the pain from the nerve damage. It was very difficult to move.” Her husband took a week off work and her mother came to stay for a while after that. Both her adult sons had already moved out of the family home.

“I went back to work after 11 weeks but there were still some things I couldn’t do. For example, I couldn’t wear the lead aprons that are required for physiologists using some scanning equipment and my feet swelled badly due to the removal of lymph nodes from my lungs,” she says.

The lymph nodes removed from her lung were tested and came back clear ; meaning that the surgery had been successful and that there was no need for chemotherapy or radiotherapy. “I have been back for check-ups every three months since the operation in October 2017 and now I don’t have to go for six months,” she says, and adds that she is still improving, albeit slowly given that “there is still some residual pain from surgery”.

In an effort to improve her breathing, Spain took up singing and joined the Wicklow-based female barbershop choir Serendipity. “The diaphragmatic breathing we do in practice has really helped my lungs. We practise at least once a week, do performances and enter competitions at the annual Irish Barbershop Convention.”