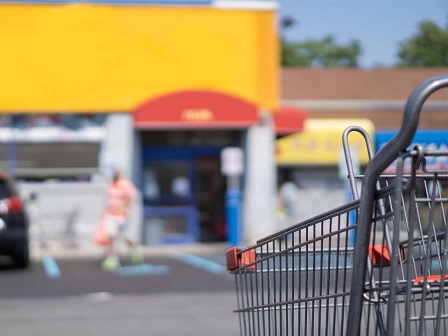 Lung cancer scanning trucks that operate from supermarket car parks are being rolled out across the country in a drive to save lives by catching the condition early, NHS England announced today.

Around £70 million will fund 10 projects that check those most at risk, inviting them for an MOT for their lungs and an on the spot chest scan that include mobile clinics. 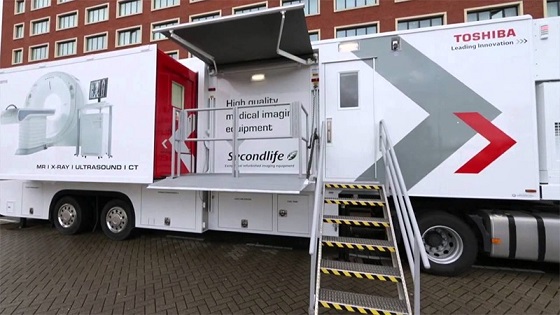 The targeted screening will help improve survival rates by going first to the some of the areas with the highest death rates from lung cancer.
A recent study showed CT screening reduced lung cancer mortality by 26% in Men and between 39% and 61% in women*.

The roll out has the potential to reach around 600,000 people over four years, detecting approximately 3,400 cancers and saving hundreds of lives across the country.

The NHS Long Term Plan set out an ambition that 55,000 more people will survive their cancer – to achieve this the plan also included an ambition to increase the number of cancers diagnosed at stages one and two from half to three-quarters of cancer patients.

Cally Palmer, national cancer director at NHS England, said: “Catching more cancers early is a cornerstone of the NHS Long Term Plan to save a further 55,000 lives a year and targeted lung health checks is one of the first projects to roll out following publication.

“These new projects will save lives – early diagnosis for cancer is crucial as it is easier to treat, not only saving lives, but it will also mean thousands of patients will avoid life changing treatments.”

NHS is initially extending the programme to ten new areas across the country at a cost of around £70 million over four years.

Based on the pioneering schemes in Manchester and Liverpool, the projects will not just identify more cancers quickly but pick up a range of other health conditions including chronic obstructive pulmonary disease (COPD).

The scheme means people aged 55-74 who have been identified as being at increased risk of lung cancer will be invited for a lung health check and be offered a chest scan if appropriate – this scan could take place in a mobile unit or in a hospital setting.

The Manchester scheme also picked up a range of other heart and lung conditions, including Chronic Obstructive Pulmonary Disease (COPD).
Four in five cancers were in the early stages (stages one and two), with one in five people having a previously undiagnosed lung condition and nine out of 10 at high risk of developing cardiovascular disease. 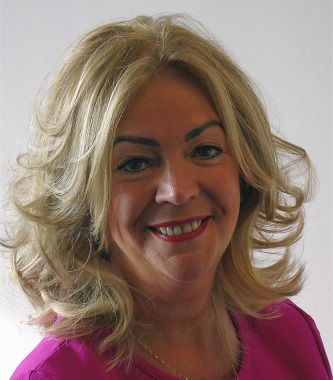 “Given our own first-hand knowledge of these programmes, coupled with the staggering results from the NELSON trial which saw a 26% reduction in mortality when high-risk patients had a CT scan, this is a big step forward in improving the early detection of lung cancer.

“I remember when we first met Bill Simpson, one of the people whose lung cancer was detected early through our lung health check in Nottingham. He said something that still echoes in my ears: ‘If I hadn’t had gone for that scan, I could have been dead in a years’ time.’ 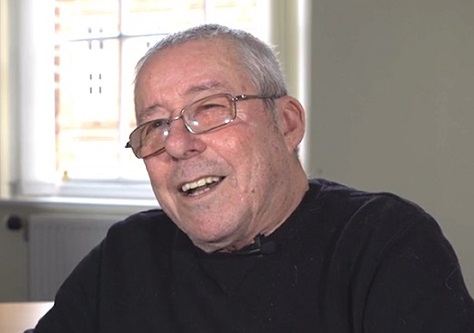 “This has been the reality for lung cancer; people living unbeknown with the disease and the tumour growing, undetected, until there is nothing that can be done.

“But now, this multi-million pound investment means there are going to be more people like Bill. More people for whom something can be done. More lives that can be saved.”

Most, but not all schemes will use mobile scanning units, this will be dependent on local need – one scheme currently piloting in Liverpool targets clinics in various areas of the city and, where needed, patients are referred to hospital for a scan. Over two years they have they have  found and treated more than 40 new cases of lung cancer, with over 75% at an early stage of the disease, when typically 70% of lung cancer cases are not diagnosed until a late stage in Liverpool, when treatment is more difficult.

London’s first mobile unit opened at the end of last year, and is currently moving between supermarket car parks. Over 7,000 Londoners expected to be invited for a lung health check-up through the scheme.
*NELSON lung cancer trial.

Dr Penny Woods, Chief Executive of British Lung Foundation, said: “This is very welcome news. Most lung cancer are diagnosed at an advanced stage, when the chances of survival are much lower and the treatment options are limited. 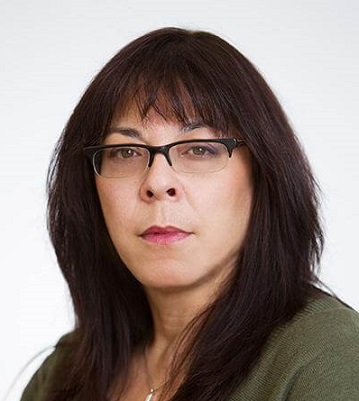 “That’s why these scans are vital – not only to find cancer but to find undiagnosed lung diseases like COPD, a condition 1.2 million people in the UK have been diagnosed with, and a further 2 million people are thought to be living with undiagnosed.

“This announcement is a great start, but there ae far more thanm 10 areas across England that could benefit. The evidence is clear that targeted scanning works, so we hope to see everybody at risk having access in the near future”.