Lung cancer is steadily increasing among younger, healthy women who have never smoked. When this new patient group presents for primary care, staff often fail to recognize patients’ symptoms as signs of lung cancer. This has devastating consequences, write Mia Rajalin and Yann Fränckel, both of whom are living with lung cancer. Both are also members of Lungcancerföreningen, the GLCC’s member organisation in Sweden. 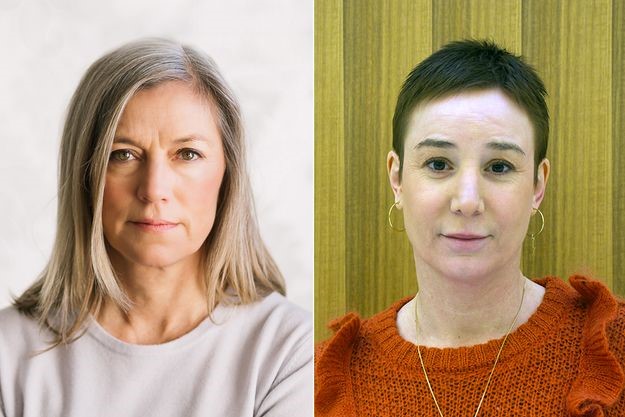 Early detection of lung cancer is crucial for the chance of survival. Last autumn, new national guidelines for the care and treatment of lung cancer were introduced , today Viss.nu , primary care medical and administrative support is seen . But this new patient group of younger, healthy women who never smoked but who suffered from lung cancer is not included. Why?

The views expressed in this text are the writers’ own.

Lung cancer is the deadliest form of cancer in Sweden and about 4,000 people die of it every year. The number of cases has increased in women over the past 15 years, while the figure has been fairly constant for men. Although the increase has mainly occurred in the 55-or-older age-group, younger women are also affected. Of the women who get lung cancer, a growing proportion have never smoked.

More research is needed into the causes of this surprising and worrying increase. In addition, guidelines and care programs must take this new phenomenon into account.

Despite recent medical successes – such as new targeted drugs and immunotherapy – the prognosis for lung cancer is worse than for many other cancers. According to the latest figures from the (Swedish) National Board of Health and Welfare, the relative ten-year survival rate for women with lung cancer today is only 17 percent, compared to 86 percent for breast cancer.

There is much left to be done to improve the survival of the large number of people who suffer from lung cancer annually. The only curative treatments of lung cancer are surgery, and to some extent radiation therapy. These treatments are only possible if the lung cancer is detected in time, that is, before the spread to other organs. Here primary care has a key role: that with increased attention to lung cancer, more patients can be offered curative treatment. In addition to reduced suffering for the patients and their relatives, previous diagnostics would also reduce society’s costs for care, rehabilitation and loss of income.

The symptoms of lung cancer are often diffuse and many cases are diagnosed too late. Only 15-20 percent of patients can be operated on. Several patients testify to difficulties in getting primary care care for their cancer-related disorders, which led to delayed diagnosis and thus poorer prognosis.

One of the writers of this article visited the health center and emergency clinics with serious symptoms 16 times before a lung X-ray was taken. In the acse of the other writer, primary care attended to requests for an X-ray only after 13 care visits. Both were found to have lung cancer after regular chest X-rays; and in both cases, the lung cancer is incurable.

Unfortunately, our examples are not an exception.

The majority of lung cancer patients appear to be in generally good health at the time of diagnosis, which complicates early detection. Studies show that patients may find it difficult to recognise symptoms, but also that they are worried about taking up the doctor’s time or being disregarded. One common criticism of the care is that the chances of consulting with the same doctor is limited and so also is the possibility of building a strong patient-doctor relationship. This can lead to patients withdrawing from seeking care. Recent studies show that continuity in the patient-medical relationship is important for early diagnosis and survival. The knowledge of lung cancer and its symptoms must increase among both the general public and doctors.

In patients with lung cancer, studies have been able to describe health changes that occurred up to two years before they applied for care and were correctly diagnosed. Common symptoms before diagnosis were, for example, shortness of breath, fatigue, coughing, chest pain, back and even other parts of the body. Long-term symptoms that may be due to lung cancer should obviously prompt further investigation with lung X-ray, even in those who have never smoked. The fact that never-smokers have not so far been covered by the primary care guidelines is probably one of the obstacles to early detection.

While these shortcomings are being addressed, other efforts must be made to increase patient safety. One is to implement a warning system in existing electronic medical records, which signals whether a patient has repeatedly searched for specific symptoms within a specific period. Such a system would be based on the clinical assessments made by several caregivers and provide a composite picture of the patient’s health. Health factors, each of which involves a low risk but, when considered together and within a specific period of time, could increase the likelihood of serious illness being caught by an algorithm. A clear picture of all healthcare contacts would create a composite assessment that highlights the risk of even unusual conditions.

Every delayed diagnosis involves a mental trauma and a potential death sentence for the individual while it is a great failure for the care system. In order to minimize the risk for this in the future, we suggest that the following points be addressed by healthcare providers and the regional cancer centre:

Early detection of lung cancer is what can most effectively reduce the high mortality rate, reduce patient suffering and the societal costs associated with the care, treatment and rehabilitation of the disease.

We want to draw attention to measures that facilitate patients and doctors in primary care so that barriers to proper diagnosis are eliminated, whether derived from patients or health care. Better information for patients and health professionals about prevention and risk symptoms, improvements in the investigation and diagnosis of diseases such as lung cancer are important goals in the care system.