SCLC often develops aggressively and can recur in a short space of time. Comparatively little research has been carried out in this area of lung cancer and fewer treatment options are currently available.

However, the tide may be turning. This year has seen studies into SCLC treatment that offer fresh hope to patients. 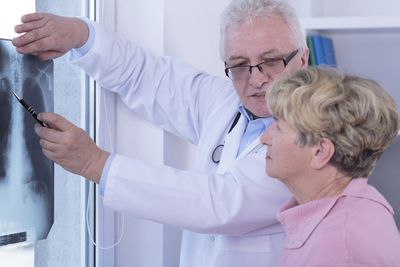 In June 2019, the pharmaceutical company AstraZeneca released the results of the third phase of their Caspian trial, which tested the drug Imfinzi (durvalumab)in extensive stage SCLC.

The results were promising, and showed, ‘statistically-significant and clinically meaningful improvement’ for the overall survival of patients. A month later, the FDA granted it ‘orphan drug’ status (i.e. one that is commercially underdeveloped).

In March, the immunotherapy drug atezolizumab (tradename Tecentriq), won clearance in for use in combination with other treatments including chemotherapy.

This represents the first new SCLC treatment to be thus approved for 20 years; it improved the median overall survival rate from 10.3 months when treated with chemotherapy alone, to 12.3 months with the addition of atezolizumab.

Indeed, the drug, ‘significantly reduced the risk of the disease worsening or death’.

Finally, data from studies on the immunotherapy pembrolizumab (tradename Keytruda) presented at the yearly AARC (American Association for Respiratory Care) meeting showed some positive signs for SCLC patients. According to Hyun Cheol Chung, a professor at the Yonsei College of Medicine, South Korea, the drug had, ‘continued anti-tumour activity among patients with extensive-stage SCLC who had received two or more previous lines of chemotherapy lines of therapy’.

There remains a lot to do in order to optimise SCLC patient care, but these latest findings show that improvements are being made, and fresh research is ongoing.