On the 24th of August 2019, it was reported that a patient in the state of Illinois had died to due to vaping, the first case of its kind in the country.

There have been 193 ‘potential cases’ of a mystery lung disease linked to vaping, especially vaping THC, the active compound in cannabis. 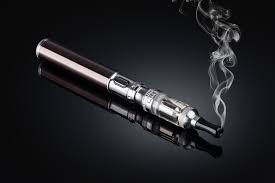 What causes the mystery illness is unknown; what is known is that all cases involve vaping. Its symptoms include coughing, breathlessness, fatigue, vomiting and diarrhoea.

The worst affected areas are in the north-eastern states, but there have been reported cases in California, Texas and New Mexico.

In online forums, there are warnings of fake THC vape cartridges circulating in a black market.

No-one knows what causes the mystery illness, and Mitchel Zeller of The Food and Drug Administration said that the organisation was investigating whether potentially harmful vaping modifications were really taking place.

Dr Brian King of the CDC reiterated that it is not known whether vaping is completely harmless, and ingredients can include ‘ultrafine particulates, heavy metals like lead and cancer-causing chemicals.’

This incident serves as a reminder that further research into the long-term effects of vaping is needed, and that people should think very carefully before considering it as an alternative to tobacco.